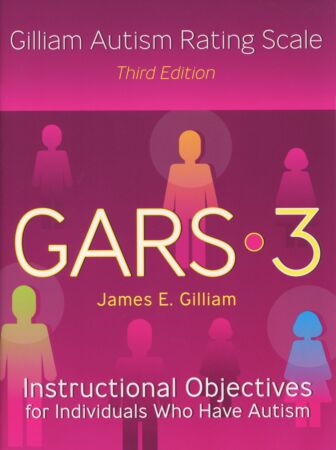 GARS-3 Instructional Objectives for Individuals Who Have Autism Manual

Items on the GARS-3 (44 of which are new to the 3rd ed.) are based on the 2013 diagnostic criteria for Autism Spectrum Disorder adopted by the APA and published in the Diagnostic and Statistical Manual of Mental Disorders-Fifth Edition (DSM-5).

The GARS-3 Instructional Objectives for Individuals Who Have Autism Manual provides a sample of instructional objectives for behavioural problems identified on the GARS-3. These can be helpful when developing Individualised Education Programs (IEPs) and behaviour management plans.

GARS-3 Instructional Objectives for Individuals Who Have Autism Manual