The store will not work correctly in the case when cookies are disabled.
Skip to the end of the images gallery
-70% 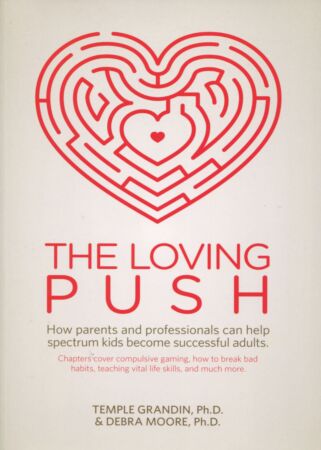 Parents, teachers, therapists, and anyone who cares about a child or teen on the autism spectrum need this essential resource to prepare our youth for being successful adults in today's world.

Best-selling author, autism advocate, and animal science professor Dr. Temple Grandin joins psychologist and autism specialist Dr. Debra Moore in spelling out what steps you can take to restore your child's hope and motivation, and what you must avoid.

Eight life stories told by people on the autism spectrum, including chapters on subjects like how to get kids off their computers, how to build on their strengths and get back to caring about their lives, and how to find a path to a successful, meaningful life make this a must read resource!

Dr Temple Grandin is one of the world's most accomplished and well known adults with autism. Diagnosed with autism as a child, she went on to complete her PhD in animal science from the University of Illinois and is now a professor at Colorado State University. She is the author of six books, including the bestsellers Unwritten Rules of Social Relationships, Thinking in Pictures: My Life with Autism, and The Way I See It.

Debra Moore, Ph.D., is a psychologist who has worked extensively with children, teens, and adults with high functioning autism (HFA) and Asperger's. In addition to providing direct clinical services, she wrote newspaper and magazine columns for over 20 years. Most recently, she contributed to The Nine Degrees of Autism, which outlines a positive developmental model of the process and stages adults experience when they realize they are on the spectrum.