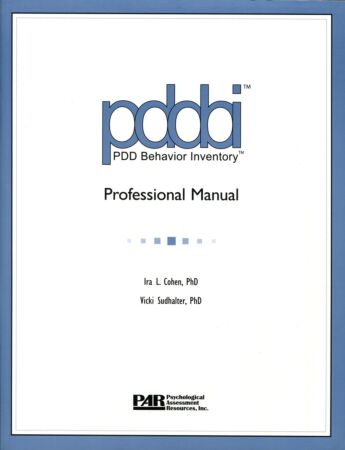 The PDD Behavior Inventory (PDDBI) is an informant-based rating scale that is designed to assist in in the assessment of children who have been diagnosed with a pervasive developmental disorder (PDD) / Autism Spectrum Disorder (ASD).

The PDDBI Extended Rating Forms consist of 10 domains for both the parent and the teacher versions; the standard forms each consist of six domains. Each domain consists of a variable number of behavioural clusters that best represent that domain. The clusters help to identify the behaviours that contribute most to a child's score on a given domain. Domain scores are divided into two sections: Approach/Withdrawal Problems and Receptive-Expressive Social Communications Abilities.