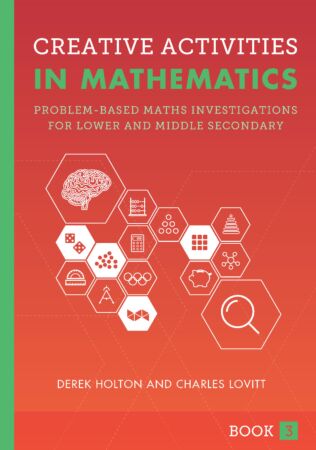 Book Three provides nine different class activities suitable for students in lower and middle secondary school (Years 7 to 10), along with teaching notes and staged lesson plans. Each activity is a whole-class investigation with open-ended answers that takes a particular scenario and develops it over four levels. This enables it to be used both at different year levels and with students of differing ability in the same class. All activities are firmly rooted in the Australian Curriculum: Mathematics and linked to the content descriptors of the Number and Algebra, Measurement and Geometry, and Statistics and Probability strands.